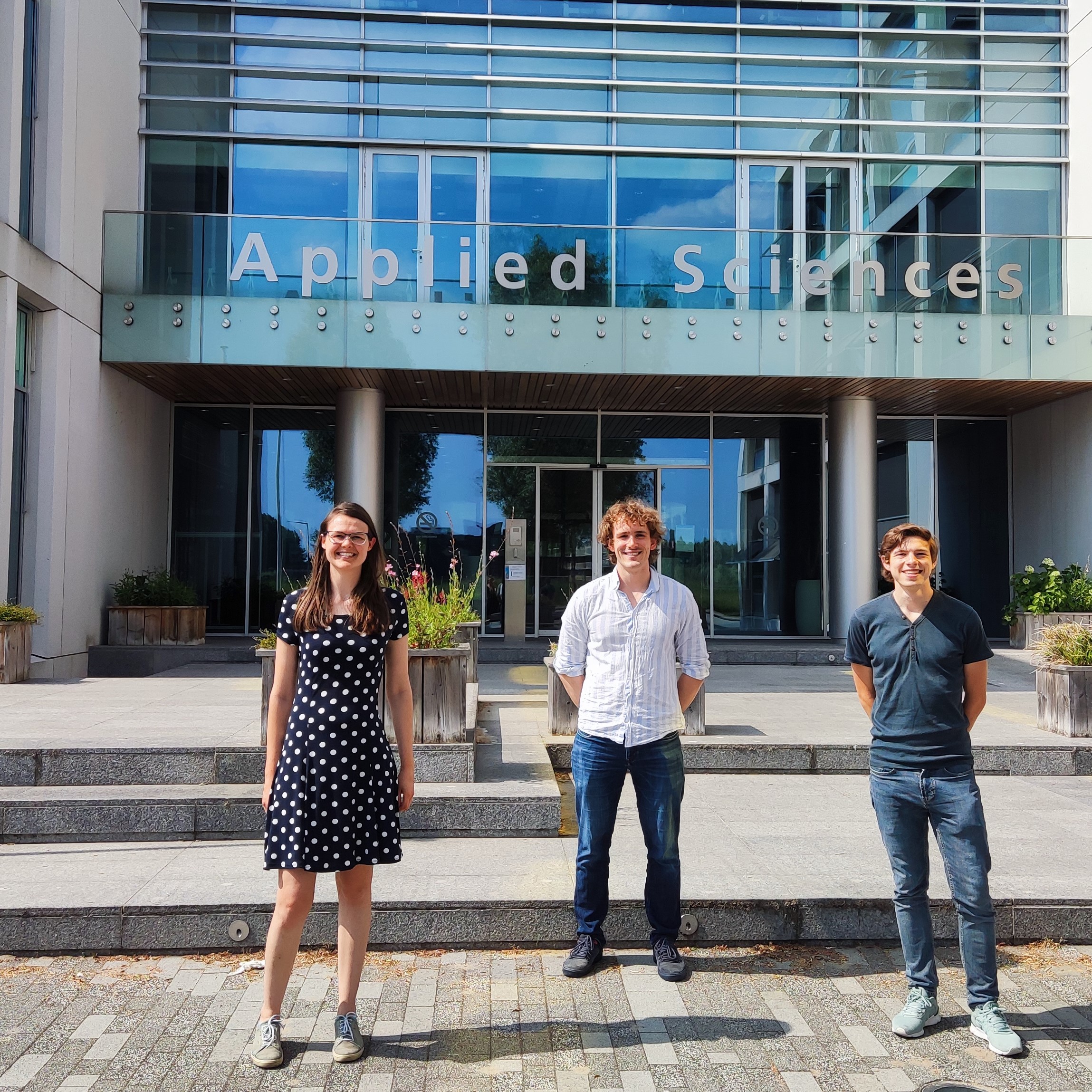 The Delft student team WaterSkins has won first prize in the student competition BISC-E with their idea for the production of synthetic leather from wastewater flows. In the autumn, the team will  represent the Netherlands during the European final, in which 16 countries participate.

At BISC-E, student teams are tasked with designing a new biobased product or process that contributes to reducing the use of fossil raw materials. Six student teams from the universities of Wageningen, Eindhoven, Delft, Maastricht and Leiden took part in the Dutch final. The teams of students had tackled a range of topics, ranging from the production of insulation boards from organic waste, an indicator for the shelf life of fresh products, to a super-light insulation material from beet waste streams.

Three teams were awarded. The Leiden team Unwasted won third prize with their idea to process beer spent grains, a side stream of beer breweries, into coasters by having them fermented. With a relatively simple process, high-quality coasters can be produced.

The BlikBuddies team from Wageningen took home the second prize. They developed a concept that uses cans as pots for growing herbs at home. The team wants to use the concept to make consumers aware of recycling options in their daily lives.

The WaterSkins team took home the first prize. With their production process for artificial leather, they want to contribute to sufficient clean water worldwide in two ways. First of all, by making the purification of waste water more profitable. Their process produces a leather-like material using the polymer kaumera. This makes it more financially interesting to purify wastewater. At the same time, WaterSkin can replace some of the heavily polluting production of leather products and thus also provide more clean water.

The team will represent the Netherlands in the European final in the autumn. This final is organized by Biobased Industries Consortium. 16 countries have now registered for this final. This means that the number of participants in BISC-E has risen sharply since its launch in 2018. BISC-E is an idea of ​​TKI-BBE. The Dutch preliminary round is also organized by TKI-BBE.